The renminbi has started to decline against the dollar after a 22-month rally and this week’s price action has prompted RBC Capital Markets and BNP Paribas to advocate that clients of both banks buy USD/CNH in anticipation of a further rise over the weeks. and months to come.

The Chinese currency has appreciated against the dollar since June 2020 and strengthened in global or trade-weighted terms since July 2021, but the country’s main exchange rate for the offshore market – USD/CNH – has strongly rose this week and surpassed a key level after climbing tepidly through March.

“The timing of the break is a bit earlier than we had anticipated. We expected this decision to force the Fed to proceed with the much-awaited rate hikes and quantitative tightening in May and June. However, St. Louis Fed President Bullard, who raised the likelihood of a 75 basis point rate hike at the May meeting, helped drive US dollar rates higher,” he said. said Ju Wang, head of Greater China FX and Rates Strategy at BNP Paribas.

“We expect the market to accept a weaker yuan in stride. Thanks to the macroprudential measures implemented by the PBoC and the State Administration of Foreign Exchange, the accumulation of local leverage on the exchange rate was significantly weaker during the Fed’s last round of quantitative easing,” Wang and colleagues said in a note to clients on Wednesday. 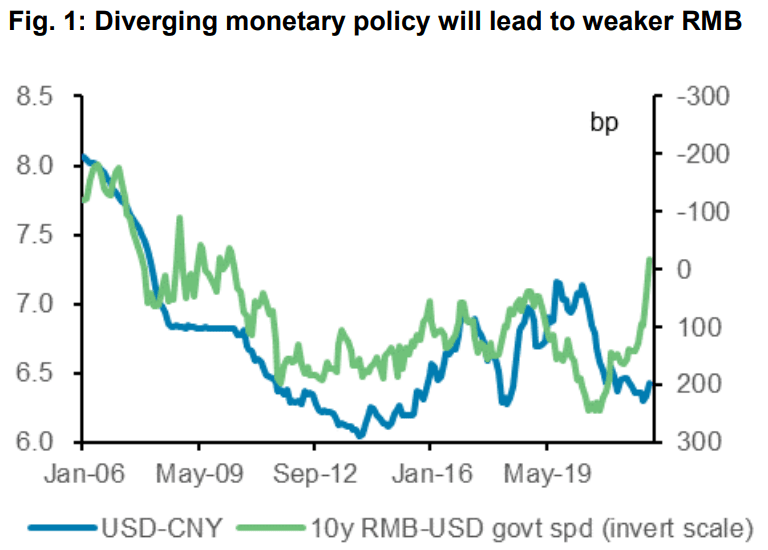 Source: BNP Paribas. Click on the image for a closer inspection.

Wang and the BNP Paribas team expect the USD/CNH exchange rate to end 2022 around 6.60, but told clients on Wednesday that there may be a chance to break above that level in the meantime. after breaking above its 200-day moving average to hit year-to-date highs this week.

They are joined by RBC Capital Markets Chief Technical Strategist George Davis and fellow analyst Daria Parkhomenko rom who suggested their clients buy USD/CNH at 6.4146 and look higher. to 6.48 in the coming months.

“The recent rejection of the 6.3000 area indicated an erosion of downside momentum as prices have not returned below the midpoint of the channel. Additionally, the ensuing rally has just breached the top of the descending channel at 6 .3939 today. The resulting uptrend reversal indicates a shift in sentiment,” the pair wrote in a research briefing on Wednesday. 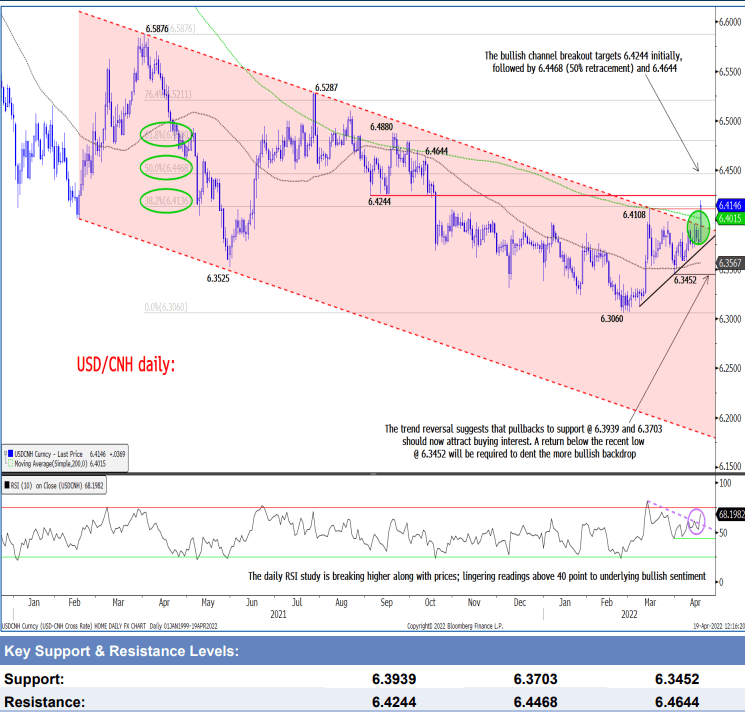 Source: RBC Capital Markets. Click on the image for a closer inspection.

The renminbi’s fall comes amid a slowing Chinese economy and at a time when monetary policymakers at the People’s Bank of China (PBoC) are understood to be worried about the impact that rate cuts will interest and other forms of stimulus could have on the financial markets. stability.

“The PBC will prioritize stability and pursue progress while maintaining stability. It will continue to implement sound monetary policy, refrain from a deluge of strong stimulus policies…” the bank said last Friday.

Economic worries, the renminbi’s decline this week and the currency’s rise following a nearly two-year rally are part of why analysts and market strategists now expect the USD /CNH will continue to rise in the coming months.

“China needs looser financial conditions to adjust to real estate deleveraging. In our view, exchange rates and rates will play an important role in the easing,” BNP Paribas’ Wang said on Wednesday. 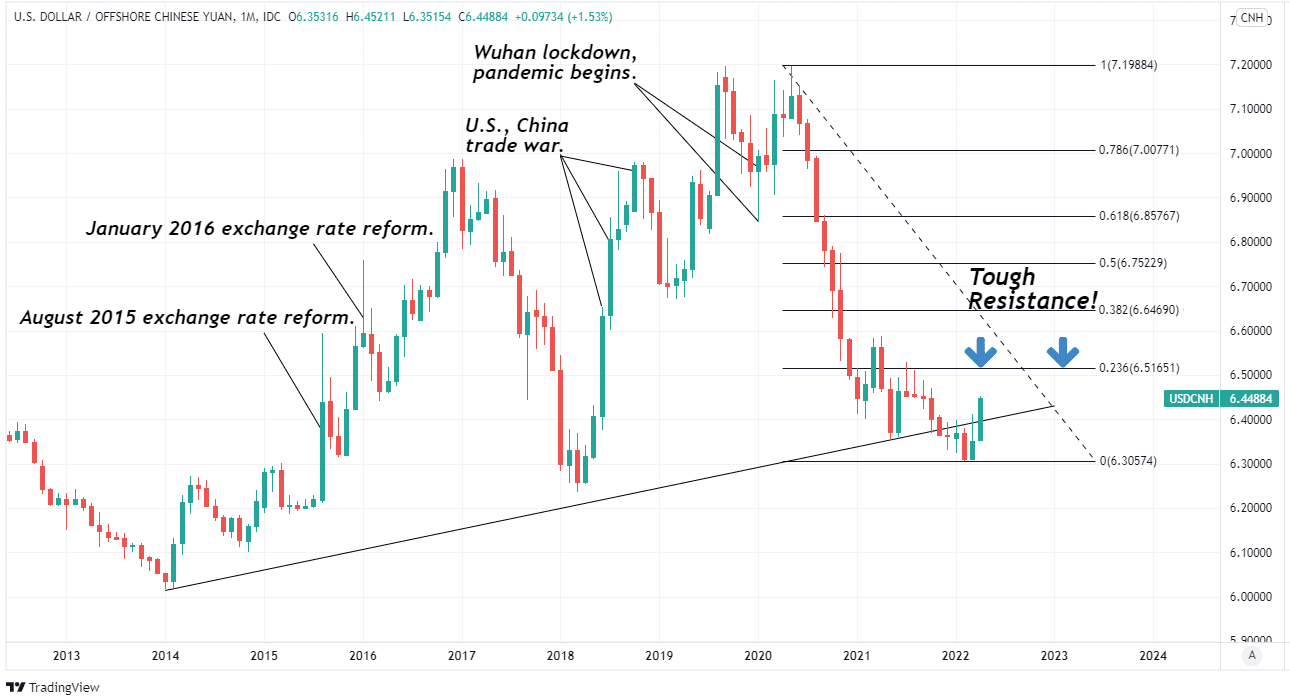 Above: USD/CNH displayed at monthly intervals with annotations and Fibonacci retracements of the 2020 decline indicating likely areas of technical resistance. Click on the image for a closer inspection.

Weiser Global Capital Markets Applauds the Government of the Bahamas